Home - Signage - The Future Of Wayfinding 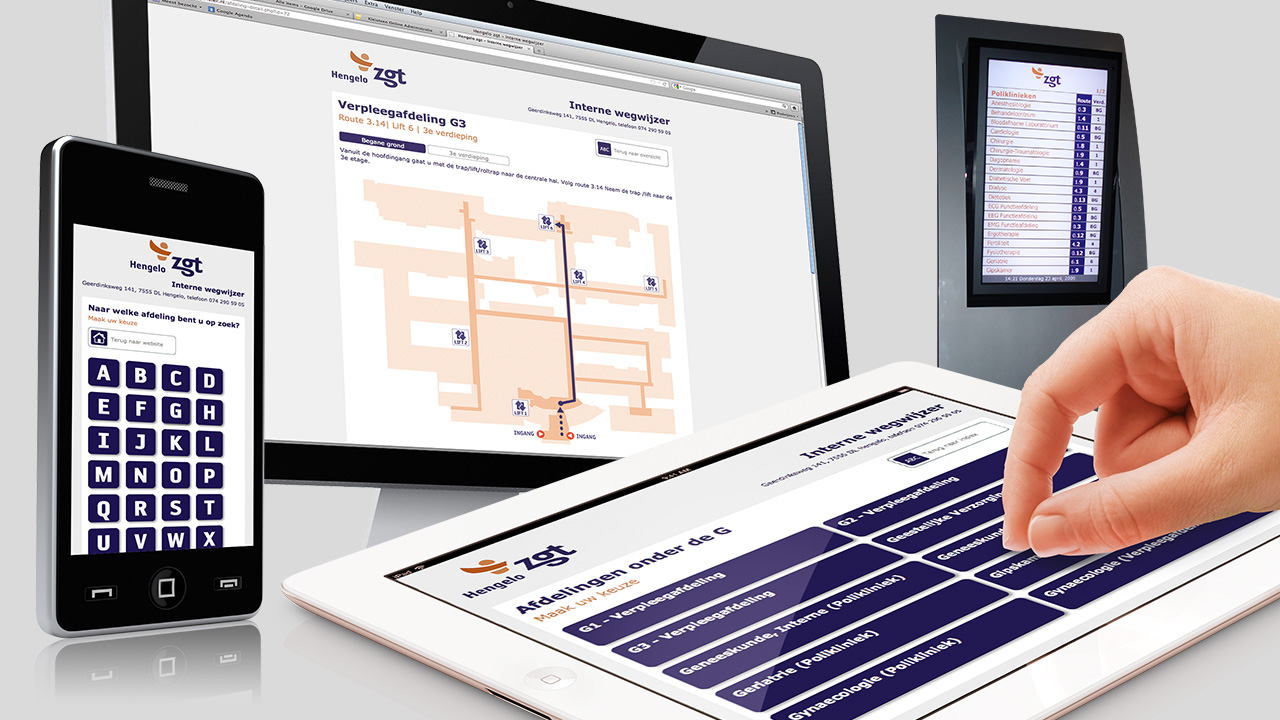 The Future Of Wayfinding

The information age is well and truly underway and technological advancement is continuing to gather steam.

It often appears to be moving at such a pace that many aspects of life are struggling to keep up and run the risk of becoming obsolete, replaced by the next big innovation. The increasing prevalence of things like online shopping, online banking, e-book readers and driver aids in cars confirms that many things once believed to be set in stone are not immune to “the rise of the machines”.

Wayfinding signage is not exempt from this and some consider it to be in jeopardy, claiming that unless action is taken to refresh it for the 21st Century it could soon disappear and be replaced with phone apps or GPS systems.

Before the digital age a good wayfinding scheme was crucial. There was no instant map in your pocket, no helpful guiding voice in your car and nothing at home you could use to print out your route before you left on a journey.

If you were driving to an airport in an unknown part of the world you had to rely on the road sign network to get you there and then you were at the mercy of the airport’s wayfinding scheme. A poor one meant total disarray and bucket-loads of stress, and in the past many wayfinding schemes were poorly thought out and ineffective. Fortunately, these days inefficient wayfinding signage is becoming a thing of the past and the industry has now really hit its stride.

Changing For the Modern World

You will, no doubt, have noticed that companies and brands often alter their logos to keep up with the look of the day. Times and design trends change, and sign design is no different. We live in a forward-thinking society, and changes in wayfinding signage reflect this.

Universal symbols have long provided a short-hand for common information that all people can easily understand. Bathroom locations, information desks, parking facilities and countless others can be identified by symbols, even though they are as prone to constant change as everything else. One example is a refreshed “disabled” symbol that depicts an active, in-motion version of life with a physical disability, rather than a static person in a wheelchair. The designers hope to change people’s perceptions of those who are less mobile with this more active symbol, which is in the process of being implemented across America, and has drawn interest from countries the world over. In the future, other universal symbols could be updated to reflect our evolving perceptions.

The irony is not lost on us that just as wayfinding is really taking off, a number of technological factors are putting it at risk of becoming obsolete. Wayfinding needs to adapt and evolve if it is to stay relevant in the 21st Century. Could one innovation designed to grab the attention of the masses be the answer? Does wayfinding need a “hook”?..

A New York City based design agency thinks so, and they reckon they’re cracked it. They have created interactive signs that do much more than simply tell you where to go. “Points”, as this high-tech sign is known, does what it says on the tin by showing direction and distance, but it does much more than that. At eye level on the signpost is a menu with five buttons. Press one and the signpost’s LED displays are rewritten to provide new and different information, as well as swivelling through 360 degrees to point in the relevant direction.

The menu enables you to select different categories of information according to your needs at that time of day. At 8am, the top button might point you towards local coffee shops. At noon pressing this same button reveals lunch spots, and then eventually pubs and theatres as evening approaches. Another button might detail close-by events that are trending on Twitter, or display the scores from any games going on right now.

Whether interactive signage is the key to sustaining wayfinding’s future or not is debatable, but it’s definitely an important part of the mix and a step in the right direction. Living in the information age, we all love ostensibly simple items with limitless information output; after all, everybody’s got one in their pocket.